Blog Tour + Giveaway: Taste on My Tongue by Beth Bolden 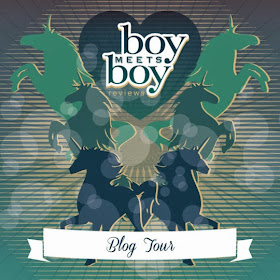 Beth Bolden and Embrace the Rainbow Promotions host the Taste on My Tongue blog tour! Check out more info on the chef contemporary romance AND enter in the $50 Amazon gift card giveaway!

Almost pop-star Landon Patton has just turned a corner on the worst two years of his life: dropped by his label and dumped by his ungrateful ex-boyfriend. However, his new agent's brilliant plan for Landon's superstardom doesn’t have anything to do with his music – it’s called Kitchen Wars, and it’s the hottest new reality show on TV.

Landon wishes he could have nothing to do with it.

Since the first morning he mixed flour and water, Quentin Maxwell knew he wanted to be a baker. After becoming the pastry chef at a popular LA bakery, anyone else might be satisfied. But Quen wants to call his own shots. Going on Kitchen Wars to win the money for his own bakery seems like a huge risk, but maybe it's worth it.

They’re an unlikely pair. Landon can’t even figure out how to turn an oven on, while Quentin makes his living with one. But with each passing week on Kitchen Wars, they discover what a great team they make – on set, off set, and between the sheets.

Winning should be everything, but what happens when the tastiest pairing is their own?

Find Taste on My Tongue on Goodreads

Landon’s phone rings way too early the next morning.

“What? Who? When?” Quentin moans, his head buried deep into his pillow. “Just make it stop.”

“Sorry, it’s Ian,” Landon apologizes as he tries to hit the accept button through mostly-closed eyes. He begins to move to get out of bed, but Quentin’s arm shoots out and wraps firmly around his middle.

“No, stay,” Quentin mumbles into the pillow.

“What?” Landon barks into the phone, trying to resettle back into a comfortable position. If Quentin doesn’t want him leaving, then he’s sure as hell not going anywhere.

“I’ve got you a meeting with Epic,” Ian says, and Landon doesn’t even care how smug his agent sounds, he only cares what he’s saying.

“I sent them that new song,” Ian says. “You know, the embarrassing one.”

“Oh god.” Landon’s head falls into his hands and he can’t breathe. “That’s why they want to have a meeting?”


“They loved it. Said something about what a surprising Ed Sheeran vibe you have.”

“I don’t have an Ed Sheeran vibe,” Landon says blankly. “I can barely play the guitar.”

“It doesn’t matter. They loved your voice. How much it’s improved. They loved your writing. Loved the romance of it. You’re basically in. There’s great buzz about Kitchen Wars. They want to piggyback on that. Hammer out a contract. Announce it fast.”

It’s hard to focus on anything Ian is saying. It’s all so good, but because Landon is Landon, he can only hear one thing.

Things don’t tend to happen fast, at least in the music industry—real things, anyway. Lots of fake garbage that doesn’t pan out, all that happens plenty fast. But not anything lasting.

And after what he went through before, Landon wants lasting more than he wants to breathe, sometimes.

Ian sighs. “It’s real, I swear. They really love you. Fast is just about the timing with Kitchen Wars. You’ve got to trust me here. I wouldn’t steer you wrong.”

“I guess that means I’m going to the meeting,” Landon says. He doesn’t really know whether to be nervous or ecstatic.

Beth Bolden lives in Portland, Oregon with her supportive husband and their beloved cat. She wholly believes in Keeping Portland Weird, but wishes she didn't have to make the yearly pilgrimage up to Seattle to watch her Boston Red Sox play baseball. She's a fan of fandoms, and spends too much of her free time on tumblr.

Beth has been writing practically since she learned the alphabet. Unfortunately, her first foray into novel writing, titled Big Bear with Sparkly Earrings, wasn't a bestseller, but hope springs eternal. She's published two novels, The Lucky Charm and Getting Lucky, and a short story, Eye of the Storm. Her next novel, Summer Attractions, will be released in August 2016.